President Kaunda should see the Black Panther. All the founders of Zambia whether they have passed away or are still living should watch the Black Panther; Simon Kapwepwe, Reuben Kamanga, Peter Matoka, Grey Zulu, Munukayumbwa Sipalo, Julia Chikamoneka, Chibesa Kankasa, Madeline Robertson, Chieftainess Mulenje Nkomeshya; just to mention a few of our founding ancestral fathers and mothers.

My Grade 7 teacher Mr. Elisa Phiri at Tamanda Mission Boys Boarding School in 1966 should watch the movie. Every Friday afternoon he gave the whole remote rural school the weekly current affairs lecture about the new Independent African countries and their new Prime Ministers. Every Zambian, African, the whole world should watch the Black Panther for the African cultural unity the movie finally unveils is what everyone has been yearning and longing for. I will try my best not to have any spoilers in case you have not watched the movie. If you have not watched the movie yet, stop reading right now. I have watched the movie a gazillion times including 3 D version.

The first reason why I cried when I watch the Black Panther is when the characters say: “We are home!” “It never gets old.” I have lived on and off in the diaspora for more than 40 years. Flying back home to Zambia has always been my going back to my Wakanda. It will never get old. I had been away from Zambia for 3 years studying for my Masters degree when I first flew back to Zambia in 1980. I flew on the TWA 747 jumbo jet from New York to London Heathrow. I had not 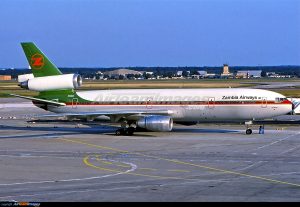 spoken my Tumbuka mother tongue, Lusaka Nyanja, or heard Bemba, Lozi, Tonga, or seen other ordinary Zambians for 3 years. I didn’t realize my soul was starved for home until I boarded at London-Heathrow the massive Zambia Airways DC 10 plane with its beautiful Zambian flag colors on the outside. When I entered the cabin, the latest Zambia music was playing on the intercom. I saw Zambian young men and women pilots, and especially stewardesses who were going about the cabin speaking in sweet Lusaka Nyanja dialect mixed with English and Bemba. I thought I had died and gone to heaven. At that moment I felt like screaming and jumping up and down and hugging them: “I am hoooooome!!! Nafika Mu Lusakaaaa!!!(I am in Lusaka!!!)” I had to retrain myself because I knew I would have been ejected off the plane for being mentally unstable or for gross public misconduct. My ecstatic warm feelings happened again when ten hours later the massive DC 10 jumbo’s wheels  kissed the tarmac at the then Lusaka International Airport during early March morning. “I was home!!!”

The second reason I cried is when what I have known intuitively having grown up in the village and through reading that we as Africans were never inferior as portrayed by Europeans since the Industrial Revolution and colonization of the entire continent from 1600 to 1960. The unity of the African peoples of the continent and those of the African diaspora powerfully reflected in the Black Power movie triggered in me about our proud majestic history of Africa and Africans as the origin of the entire human civilization.

If your understanding of our African history is from the Eurocentric history that starts from the 1600s with Europeans sailing and exploring the coastal areas of West Africa, you have the wrong history. If you believe that the Atlantic Slave Trade in which 11 million Africans were taken in chains between 1600 and 18000 and Europeans colonization of Africa from 1880 to 1960 was because Africans have always been an inferior people, you have the wrong history.

The more accurate history is that many groups of Africans called homo sapiens evolved from Savannah East Africa about two hundred thousand years ago. They migrated through present day Saudi Arabia through India, Andaman Islands, to the Far East including Islands in the South Pacific, Australia,  and New Guinea. The same Africans may have lived in North Africa, Southern Europe, the Middle East and some may have migrated by canoe from West Africa and settled in North and Southern America. This may have been thousands of years before what are known as the Dark Ages in European History (500-1500 AD), Spanish exploration (1492 – 1892), Portuguese exploration (1500-1600), and European voyages of exploration and colonialism around the world.

I discuss some of this information which is at the center of human evolution in Chapter 17 of my book: “Satisfying Zambian Hunger for Culture”. In other words all the 7 billion people today all over the world may be biologically descendants of Zambians and Africans starting  from about two hundred thousand years ago. If this is the broad accurate history, why is it today that the history of Zambians and Africans is so distorted that nearly everyone generally denies, including Zambians and Africans ourselves, that Africans had any significant influence in history? That somehow Zambians and Africans are a black race that have always been colonized, inferior or were slaves? The Black Panther movie may help to reignite the tracing back of our proper and accurate history and reuniting of African people from North Africa in Libya and Cairo in Egypt to the Southern tip in Cape Town in South Africa; from the Horn of Africa in Djibouti to the Gambia and Cape Verde Islands in West Africa.

Third Reason I Cried was Kukaya

The villain dies grieving that his parents abandoned him and never took him back to Wakanda where the sunsets are beautiful. Many Zambians have enjoyed the beautiful sunsets in Zambia all their lives while experiencing genuine freedom. The freedom to walk anywhere with your chest high and an elegant spring in your step knowing that the ground you are walking on is yours and that of family and ancestors. I felt sorry for 40 million African Americans who are 12% of the United States population of 325 million people will never see and experience Africa like the fictitious Wakanda in its true beauty, of being Kukaya and enjoy true liberty and freedom. It is always painful to grow up to be told you’re a minority and to be forever in Ghetto stockades of the mind even if you are rich. There are other millions of Africans descendants in Brazil, the Caribbean, in Asia and Europe for whom the Black Panther will for the first time give them a glimpse of just the tip of the iceberg of the diversity of the beauty of what Wakanda and Africa can provide them. This is one of the reasons why I always take photographs of the beautiful sunsets whenever I am in Zambia. The beauty of the African sunsets is why the British Colonizer Cecil Rhodes from the 1800s is buried on Matopo Hills in Zimbabwe.

Fourth Reason I Cried – the Women

After Zambia’s independence from British colonialism in 1964, there was a serious cultural conflict among Zambians. Some young women began to adopt some Western cultural practices. Women began to use skin lighting creams on their faces such that their faces looked orange and the rest of their body was blue black. The men youth leaders from the United National Independence Party (UNIP) by 1965 roamed public places including markets identifying young women who were using skin lighting on their faces and publicly rebuked them. Zambians derisively called these women coca-cola and fanta as a way of critiquing their orange faces and while the rest of their bodied had dark skin.

Lupita Nyango (Nokiya in Black Panther) has fought a valiant battle. A British magazine had used her on their magazine cover. They lightened her dark skin and make her African kinky hair smooth to meet the European conceptions, standards, and stereotype of women’s beauty. Lupita protested and criticized them that they shouldn’t have altered her African looks. This was very courageous of her. The magazine apologized. I am so proud of her for standing for millions of black dark skinned women in Africa and the rest of the world who have been made to feel inferior and ashamed of how they look because of the Eurocentric wrong belief that white European features and skin are superior and African, ebony, and blue black skin are inferior.

In the Black Panther it was heartwarming to see on the big screen the full diversity of the beauty of our women and men that I was able to experience since I was a child in the village in Zambia. I have six beautiful sisters of various skin shades from brown to blue black skin tone. The full range of beauty from the women with the darkest blue black skin color to the chocolate brown.

None of these tones were in our African cultures were ever associated with inferiority and superiority of certain skin tones as being “white” or “light”. In fact in our African culture we refer to kufiyira (Chewa) uswesi (Tumbuka) or usweshi (Bemba) which have absolutely nothing to do with inferiority and superiority of while skin color as Europeans have erroneously made us to all believe. The Black Panther ought to liberate not just all African women but all blue black dark skinned lovely beautiful women who are Dalits and are the despised untouchables regarded by 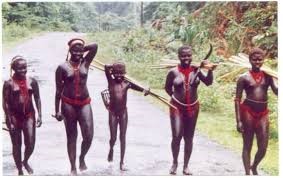 society as the most vile people in the Caste system in India, Bangladesh, Andaman Islands, and elsewhere.

The  Black Panther has given you permission to enjoy and walk with joy in the bright sunshine with elegance, dignity, and pride. You are beautiful. You are women who may have broad flat noses, full lips, kinky hair, sparkling smiles, and choose a bald head; you are beautifully elegant. Most of all, the Black Panther will liberate all men, and especially black heterosexual men, that if you are attracted to, loved and cherished any of the women who have dark blue-black skin, that it is alright for you to admire, cherish, and love them. We can finally breakthrough the racist and mental bondage of the myth of the racial superiority of the white European skin especially in women and dispel forever the myth of the inferiority of the blue black dark skin.