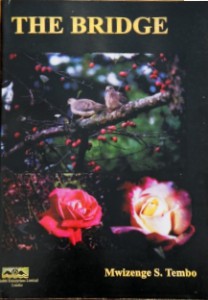 Kamthibi is a middle-aged African immigrant and a permanent resident of the United States. Trish is a middle-aged Irish woman who has lived her entire life in the small village of Gandy north of Belfast in Northern Ireland. They meet and fall madly in love in an unconceivable place: an Internet chat room. The flame of romantic love compels them to meet on a rural road in the most inauspicious circumstances. Kamthibi is distraught about his failing marriage and is estranged from his native Zambian wife, Nora, with whom he shares a common ethnic or tribal heritage going back to their villages. Trish has lived in a long abusive loveless marriage and has decided to separate from her husband, Richard, when she is diagnosed with lung cancer. Kamthibi’s soul is deeply stirred by his African roots and Trish has dreamt of adventure and freedom since she was a small child. The two unlikely romantic lovers travel into the heart of contemporary urban Africa and deep into Kamthibi’s traditional village roots at Nkhorongo village more than five hundred miles to remote Lundazi east of Zambia’s Capital City of Lusaka in Southern Africa. All the while the ruthless and madly jealous husband, Richard, stalks the couple from Ireland, UK, and Zambia. The romantic thriller reaches a dramatic crescendo during Trish’s departure when she returns to Ireland at Lusaka’s International Airport.

The entire novel is steeped in the twin traditional African Tumbuka philosophies of kufwasa and kukomola. The book is available at Lusaka International Airport Departure Lounge Gift Store, The Book World Bookstore at Manda Hill Shopping Mall and the University of Zambia Bookstore in the Capital City of Lusaka in Zambia. Limited browsing of the novel is available on Google. I have a limited number of copies. If you would like a copy of The Bridge, write a check for $20.00 to Mwizenge S. Tembo and mail it to: 302 Sandstone Circle, Bridgewater, VA 22812.