The twin ugly problems of tribalism and election violence could easily plunge our otherwise beloved peaceful nation of Zambia into utter mayhem. This is why ahead of the August 11 Presidential elections, every citizen in and outside the country must be vigilant in denouncing these two evils. Do not take this advice as hyperbole, exaggeration or just a bored ivory tower ignorant intellectual Zambian away from Zambia who is being needlessly alarmist. I was in Zambia recently for 6 weeks during the election campaigns. I traveled to villages in Lundazi. I travelled all the way to Solwezi. I saw cities such as Kitwe, Chingola, Kalulushi, and Ndola. 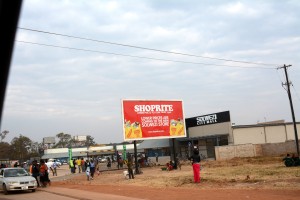 The Grand Opening of the Solwezi City Mall in June 2016. This would not be possible if peace is lost.

Since the last and this coming election, too many provocative allegations and grievances have just been boiling underneath the political surface. They may just need some incident which will be like lighting a match and the nation can explode into violence. Reports of election violence have led to a lot of finger pointing about who started or is doing it. The police appear powerless. It appears the leaders of political parties are unwilling to openly condemn and take responsibility where the violence and even some deaths have reportedly occurred due to political election violence and sometimes recklessness caused by some members of their political parties.

Because the Zambian nation has never experienced the tragic dark forces of wide spread election violence, deadly conflict or war since independence in 1964, it is easy for leaders and the entire nation to be complacent and assume that it cannot happen to us. We should never fool ourselves specially leaders of the political parties. The most recent example is the post-election violence that occurred in Kenya in 2007-2008 between the Kikuyus and Luos and many other so-called tribes. Hundreds were killed and perhaps thousands displaced trying to escape the violence. We should all be aware that it can happen in our country. It can happen if from the top political party leaders all the way to the cadres in the 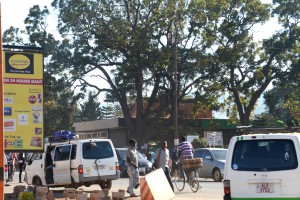 People conducting their daily lives in Chipata. This might not be possible if peace is lost.

streets and villages no one is loudly warning and advising everyone that political election violence is unZambian.

The citizens of Zambia and leaders need to know why tribalism and its twin evil of racism that Europeans hatched, have always led to unimaginable torture, violence, and liberation wars. I have been privileged in my long college or University teaching career to have studied the causes of tribal, racial and ethnic conflicts all over the world especially since European colonialism in the world over the last 300 years. Europeans created racism to justify the exploiting and oppressing of non-European peoples all over the world including in Africa and Zambia. 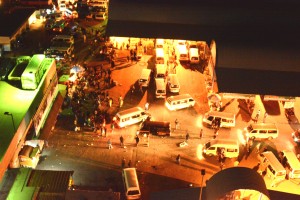 Lusaka City Resident commuting home in minibuses during the early evening. This might not be possible in the peace is gone.

The same argument applies to tribalism in Zambia and all of Africa today. There is no one tribe in Zambia of the 72 tribes that is naturally superior to all other tribes. There is no one tribe that is naturally inferior to all other 72 tribes in Zambia. All the tribal differences you might see in Zambia whether political leadership, education, levels of development, regional differences in development, and many others were all socially created or constructed. This means as a nation we can together fix or find solutions to those problems in order to eliminate the tribal differences. 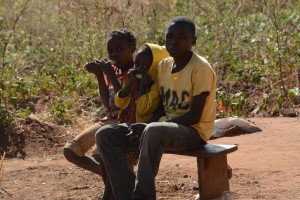 Children eating sugar cane in a village in Lundazi. This might not be possible if the peace is gone.

Many nations in Africa alone have experienced tremendous racial and tribe-based turmoil, violence, deaths and sometimes war due to deeply entrenched racial, tribal, and religious differences. But not we Zambians. The Biafra War in Nigeria was from 1967 to 1970. It was the Igbo fighting the rest of Nigeria. Somalia was torn apart in the early 1990s. That country has not recovered. The Tutsi and Hutu tribal conflict in Rwanda led to the 1994 genocide in Rwanda in which 800,000 people were killed. This tribal conflict went back to the 1850s.White Rhodesians caused the deadly war in Zimbabwe and then the tribal conflict that followed after independence in 1980 was tragic and deadly. South Africa and the whites created the deadly racist apartheid policy which has left deep scars in that nation. The list is long of these tribal conflicts. Why not Zambia?

Zambia is both lucky and blessed. Soon after Zambia’s independence in 1964, the small number of white die hard racist settlers fled to mostly Rhodesia and racist Apartheid South Africa at the time. Those few whites did not like that Zambia had come be ruled by black Africans. That was lucky for us. Then our founders made one of the best, and wisest decisions in the whole world: they wanted Zambia to be a non-racial and non- 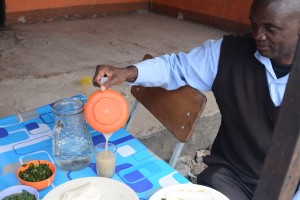 tribal society. They did not just engage in mere slogans or talk. They went ahead and implemented the policy in education, government, political leadership, hospitals, entertainment, national broadcasting, the police, the army, the air force, higher education and all avenues of the Zambian life. The leaders relentlessly preached love and tolerance among all of us among the 72 tribes. This is why today Zambia is probably the most peaceful and well integrated societies not just in Africa but in the world. If any of the developed countries were as well integrated as we are, they would be boasting about it everywhere. We would be reading about it in all textbooks from Grade One to University level.

Because many of us Zambians do not know what we don’t know, we may take the peace and tranquility for granted. We may engage in incendiary rhetoric, election and other violence not knowing that we have it so good. Other nations in Africa and the world do not have it that good. This is why during these coming elections let’s all be very vigilant, exercise restraint and carry this peace forward. The peace we enjoy is the best gift and heritage our founders could have given us as a nation.