Since I was a child in the mid-1950s growing up in the Zambian/ African village, traditional African medicine has always fascinated. This fascination is not because of mere academic curiosity but because I witnessed the traditional medicine treat some of the most serious chronic diseases and illnesses in myself among close family members. Since the early 1990s I have also read a great deal about the immune system and how historically viral, bacterial, parasites and other epidemics have been 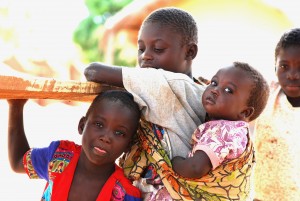 Once a child is weaned, they should be able to play freely with siblings and others away from the mother.

transmitted among human civilizations and populations stretching over thousands of years. My interest in the changing nature of Zambian or African traditional medicine inspired me so much that I actually conducted formal research into the topic in 2002. The research was among the Tumbuka people of Lundazi District in the Eastern Province of Zambia. Some of the findings from the study are in this publication. http://hungerforculture.com/?page_id=354 Some of the findings are in this book https://www.amazon.com/Satisfying-Zambian-Hunger-Culture-Social/dp/1479702099

I have just began to compile and analyze more findings from my research notes from 2002. This is one of the series of reports that will soon be published exclusively on the “Hunger for Culture” web page.

Wonders of the Sokolowe Tree

In the Zambian traditional society, a mother might be 2 to 3 months pregnant and has a child who has been weaned. The child cries and whines a lot. The child acts really spoiled and is very clingy to the mother. The mother will consult an elderly person or a traditional healer or ng’anga. The ng’anga or the village elder might prescribe the roots of the Sokolowe tree. The tree bears fruits that people eat. You dig the Sokolowe tree and get the roots. Soak the roots in water.

Use the herbs to cook the nshima Zambian traditional staple meal. The mother will serve the nshima to the child while the child is sitting with siblings and the child’s friends on the chitenje cloth the mother uses for carrying the baby on the back. This cloth is called nguwo.  Semen among the Tumbuka, Chewa and Ngoni is also called nguwo. They will all eat the nshima together. After that the child will no longer cry, whine unnecessarily and be bothersome. The child will enjoy playing with siblings and friends all day.

This is one among dozens of traditional ways in which herbs and rituals were used for the betterment of the individuals in the community. A full detailed report is available here.