It was Professor Mubanga Kashoki in 1979 who said something so significant about Zambian or African scholarship that applies to day more than ever. In his scholarly article: “Indigenous Scholarship in African Universities: The Human Factor”, Kashoki said: “But perhaps the greatest failure of African Universities, particularly of the manpower-factory type, is to produce men and women who are, in the main, equipped intellectually only to reproduce concepts, models, theories, and solutions to human problems conceived, assembled, and packaged in Western settings by Western man.”(Kashoki, 1979: p.176) I would add beyond what Kashoki said that today this includes “Western woman”. 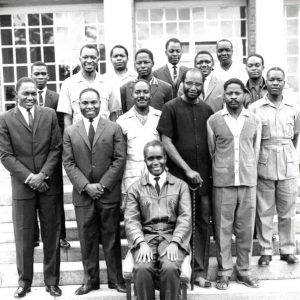 He implied that we Zambians or African intellectuals act as though the West has already discovered all the knowledge and all we have to do is follow Western footsteps uncritically imitating whatever they do. In many cases, Kashoki implies, we intellectuals abandon our original thought, abandon our countries such as Zambia and join them in Europe, North America and elsewhere. Many of us intellectuals now in the Zambian diaspora have done just that. To a large extent we can apply this thinking to the way we look at our democracy in Zambia and may be in other African countries. This article will explore briefly how we Zambians developed our own democracy, what has happened since the August 11 elections, compare Zambian democracy to American democracy, and finally I will strongly specifically recommend what we Zambians should do to further strengthen our own democracy since the disputed August 11 elections results.

I was fortunate enough this past May and June to witness the Presidential electoral campaigns in Zambia and followed the drama of the August post-election results through the press once I returned to the United States. I have followed the American Presidential electoral campaigns between Hillary Clinton of the Democrat Party and the tumultuous Donald Trump campaign of the Republican Party. What can we learn from these 2 democracies?

The Zambian one is about 52 years old although some might wrongly argue that there was no democracy in Zambia until 1991 when the One-Party State ended. But that’s another serious argument for another time. The American democracy is 240 years old. Can we conclude that the American democracy is superior because it is bigger, involves 313 million people, older and more mature especially when we look at the recent Presidential campaign whose vitriol from candidate Trump was shocking and stunned everybody? Can we argue that the Zambian democracy is inferior because it is younger and after all in Africa, involves a small country of only 14 million people, especially when the legal and electoral system could not amicably resolve the election results impasse between United Party for National development (UPND) and Patriotic Front?

After 30 years of British colonialism and over 10 years of the struggle for independence, Zambians voted for the first time under universal suffrage of one man one vote. The United National Independence Party (UNIP) won the election in January 1964 in a land slide in which UNIP led by President Kaunda won 56 seats in parliament and the African National Congress (ANC) led by Harry Nkumbula won only 9 seats. The Federal Party led by White settlers virtually disappeared.

Something very significant happened in the evolution of the uniquely Zambian democracy from 1964 to 1991; the One-Party State. The vast majority of  Zambians from the 72 tribes joined UNIP with the burning objective of bringing development and self-reliance to Zambians. They wanted to dismantle the exploitative colonial capitalist system. In Chapter 16: “The evolution of government and multiparty democracy in modern Zambia from 1964 to 1991” in my book “Satisfying Zambian Hunger for Culture” (2012), I conclude that it was during the  One-Party State that Zambians developed the foundation of the multiparty democracy we enjoy today. Contrary to Western and many Zambian or African scholars, and other citizens who characterize this period as being led by “Kaunda the Autocrat”, “Kaunda the Authoritarian”,  “there was a dictatorship”, “oppression”, “One-party dictatorship”, that is not what actually happened in Zambia. The unique development of our own democracy involved everything good and bad that happened in Zambia over the last 52 years.

American democracy has existed for more than 240 years. The White European settlers of the original 13 American colonies fought the British Colonists and won in the Revolutionary wars between 1760 – 1791. During this period from 1791, women did not vote until 1920. The only people who could vote were White Anglo-Saxon Protestants (WASP) men who were wealthy, owned land and often slaves. About 4 million African-American during slavery and emancipation did not vote until after the passing of the Civil Rights bill in 1964.

During these 240 years, America may have been a virtual One-Party State because there was not one political party that strongly advocated the removal of capitalism and slavery of Africans. Why was this not the case if they were a multiparty democracy with powerful opposition? The Civil War was over whether the Southern slave states could continue slavery. Indeed, many Americans especially the top political leadership rightly believe that the American nation is always in the process of making a better  Union of the United States; it is always a work in progress in making the nation a better representative Republic. Technically, America is not a democracy in the sense of one man or woman vote to determine who is going to be the president, just as an example.

The shock that happened between Donald Trump and the Republican Party is part of America growing and continuing to strengthen her democracy. The American system of “Electoral Votes” which was created by the founders of the nation has resulted in Donald Trump getting 62,851,436 votes winning the Presidency. However, Hillary Clinton of the Democrat Party won 65,527,625 votes winning by more than 2.5 million of the popular vote more than Trump. If the American Presidential elections were by popular vote, Hillary Clinton would be President. But she lost because the democracy is based on the “Electoral Votes” system.

Experience of All Democracies

All democracies in the world have their own unique histories and challenges. There are those critics who will say: “How does little Prof. Tembo dare put the great America on the same level as useless Zambian democracy? America is big, sophisticated, old Western democracy and technologically very advanced and has sent man to the moon?” My point is that we fail to appreciate and recognize the challenges that we have overcome in creating our own democracy. But like Kashoki said 37 years ago, we in Zambia tend to be intimidated, look over our shopulders and elsewhere to find out what is authentic and empirically valid about our own intellectual and other forms of epistemology. We often overlook or give very grudging credit to events we ourselves or fore fathers initiated and our founders of the Zambian nation.

There are those critics who will say that the non-existent,  or weak Zambian democracy failed to solve the UDNP and Patriotic Front (PF) election impasse, therefore my point of view is intellectually empty and simply supporting or giving cover to the alleged rigging by the ruling party  PF and President Lungu. These negative views would be misguided because I think all citizens of Zambia should see the election impasse as an opportunity to strengthen our democracy. The only question is how? Carrying on the grudge and protest about the August 11 election impasse for the next 5 years is unproductive and untenable.

During the August Presidential election The PF and Edgar Lungu won 1,860,877 which was 50.35%of the vote; the UPND and Hakainde Hichilema won 1,760,347 which was 47.35% of the votes. The Electoral Commission of Zambia (ECZ) declared the PF and Edgar Lungu the winner. The UPND lodged a petition alleging massive rigging by the PF. The Zambian Constitutional Court threw out the petition because the 14 days within which it is legally allowed to adjudicate and rule on the case had expired. There have been protests and court filings since then.

My thinking is that this electoral impasse and many problems leading to the August 11 elections are things that we need to fix as Zambians. Before the next election, we need to make sure that many of the issues are resolved. Then our democracy will grow even stronger. The solution is not to denounce everybody and act as if we can just import ready-made democracy from somewhere, and install it to work best for Zambia. Whatever difficulties we are going through are what it will take to create a stronger democracy and therefore stronger nation going into the future.