The legendary intellectual and scholar Ali Mazrui was giving a lecture to a small group of about 30 mostly African graduate students in a small classroom. The students were from Nigeria, Kenya, Uganda, Tanzania, South Africa. I was the only one from Zambia.  This was in my Berkey Hall Sociology Department at Michigan State University in October in 1978 when I was doing my Master’s Degree. I was sitting about five desks from Mazrui intently listening to this great intellectual who was not yet well 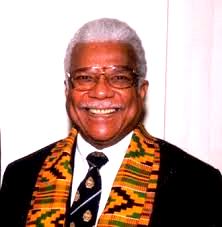 known and about 7 years away from being world famous. The lecture was a discourse of a theory he had been developing since the early 1970s about Africa and The Triple Heritage of indigenous African culture, Christianity and Western culture. Then the question and answer came. A student from Kenya asked Mazrui what he thought about the impact of Marxism on the African continent. I will never forget the exchange that followed until I die.

Mazrui in his calm and authoritative voice said and this is not the exact quote: “Marxism will not prosper on the African continent so long as the theory did not originate in an indigenous African language and culture.” All hell broke loose and sparks flew. The student from Kenya accused Mazrui of being reactionary and a supporter of oppression of the masses and Western imperialism. Another student said Mazrui was against the suffering poor peasants who were being exploited and toiling in the hot sun all over Africa. Mazrui advocating the Marxist Revolution would help liberate the peasants another student said in a chorus of condemnation. Mazrui calmly repeated his first argument and went on to elaborate.

“Yes, Mazrui is right!!” I was screaming all of this in my head since I am shy.

But I also knew the obvious at the time. Marxist Revolutionary political rhetoric was so overwhelming and widespread on the African continent that had I openly opposed my fellow students purely on intellectual reasons on Mazrui’s legitimate scholarly point, I was going to be bulldozed. I knew because the University of Zambia closed two years before in 1976 over Marxist Revolutionary fervor on campus in relation to the legitimate revolutionary liberation war that was then raging in neighboring Angola.

Ali Mazrui and the explosive exchange that followed, taught this young graduate student at the time one important lesson: state your intellectual perspective or theory very clearly and pursue it while elaborating it without fear. This author went on to write his Master’s Thesis in Sociology on the “African Personality”.

The origin of knowledge today is embedded in Zambian or African traditional or indigenous languages. The vast majority of Zambians may not be aware of this, we actually ignore this knowledge and sometimes even oppose it. What this author has personally researched over the last 38 years including the meaning of Zambian traditional names supports 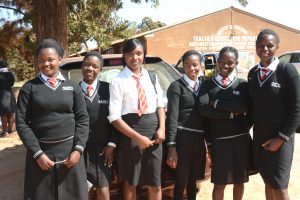 this statement. Dr. Chisanga Nebat Siame has a breakthrough contribution to understanding how present day indigenous Zambians may be descendants of and may have been at the center of building the great Egyptian Civilization about three thousand years ago. The author seriously uses mbebalogy (derived from mice)both to articulate the significance of Zambian languages in our history and for Zambians and Africans to never ever to be made to feel embarrassed and be ashamed of our Zambian indigenous or traditional culture and our complete history. Because it is ironically this indigenous Zambia culture in which knowledge is embedded that European racist ideology declared to be inferior since the Atlantic Slave Trade of Africans and European colonialism on the African continent.

The importance of our Zambian indigenous culture cannot be realized until we understand our complete history going back to 100,000 to 50,000 years ago. The Eurocentric Zambian and African history that is taught in virtually all schools and textbooks all the way to University education focusses on European influence since the 1800s. Some of this history is distorted as the European powers were trying to distort and deny the crucial presence and role of Zambians and Africans in world history because of  European deep racist beliefs that Zambians and African were inferior. 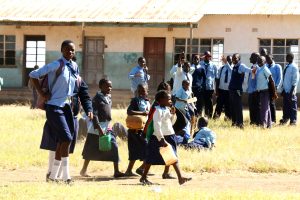 Students at Rukuzye Primary School in the rural Eastern Province of Zambia where the author did Standard 2 or Grade 4 in 1963.

This history tends to focus from 1492 when Columbus discovered the Americas, from 1609 when the first ship full of African slaves arrived in Virginia in the United States, and lastly European colonialism over the entire African continent from 1885 to 1960s. Europeans use this short period from 1492 to 1960 or only 468 years to erroneously portray Zambians and Africans as always being victims, slaves, or the colonized in the Eurocentric history beyond being inferior victims of superior Europeans and other cultures. This is false or untrue. For a detailed, complete discussion, and recommendations of what you as the Zambian or African reader can do go to any of these links: “Principles of Mbebalogy (Mice): Zambians Dig Our Past to Move Forward” http://ukzambians.co.uk/home/2017/05/21/principles-of-mbebalogy-mice-zambians-dig-our-past-to-move-forward/