The greatest gift bestowed on me is that I was born and lived in the village in my early formative years in the 1950s in the remote Eastern Province of Zambia in Southern Africa. During the last 58 years I have lived an adventurous life of unimaginable freedom and an infinitely, exciting, wondrous, robust and curious intellectual life. I have been articulate in the Tumbuka language and deeply steeped in its culture, but also articulate in Nyanja or Chewa languages. Later in my formal education at Chizongwe Secondary School, University of Zambia, and Michigan State University for my doctoral degree, I became proficient in English. Life and intellectual ideas from many sources have always intrigued and puzzled me. I have asked numerous puzzling random and unsystematic questions along the way about many events I have observed and participated in to which I have been uncomfortable not finding immediate clear answers. I have and still keep pushing, asking, talking to people, searching and reading voraciously anything philosophical. 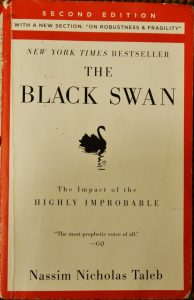 Why did the Zambian Presidential Election results of 2016 cause so much unresolved controversy? Why was I born to my parents when I did? Why did I survive when my twin brother died in early childhood? Why do night and day exist? Why did the British colonize Northern Rhodesia (now Zambia)? Why was I 10 years old at Zambia’s independence on October 24, 1964 such that the next 30 years I was to benefit from all of Zambia’s drive toward economic development? Why did polygamy and monogamy both exist in the village when I was growing up? Why did apartheid happen in South Africa? Why do certain countries always win the World Cup in Football or Soccer? Why is there good and evil? Why did my father and my mother marry so that I could be born? Why did the World War II happen? Why is there white racial superiority and black racial inferiority? Why are men and women, boys and girls not equal? If the universe is 4 billion years old and the earth is just a tiny spec among the planets and countless galaxies, how come I and 7 billion people live on this tiny planet earth? Why did the most unlikely Donald Trump win the 2016 American Presidential elections? The questions are endless.

The essence of  the 444 page The Black Swan: The Impact of the Highly Improbable by Nassim Nicholas Taleb is that perhaps hundreds of years ago Europeans, explorers, and other adventurers had only seen thousands and perhaps even millions of White Swans. One day in their adventures, they were intrigued and may be even shocked when for the first time ever they encountered and saw a Black Swan. The Black Swan as a powerful metaphor represents the role of rare events in life that tend to have a massive unexpected often earth shaking impact on our lives precisely because those events are rare. “The highly expected not happening is also a Black Swan. Note that, by symmetry, the occurrence of a highly improbable event is the equivalent of the nonoccurrence of a highly probably one.” (p. xxii)

What I found exciting that both instantly both reaffirmed and transformed my epistemology, and created what the Tumbuka call kungweruka (to open your eyes to see something new with light) to me was how some of the many of the unanswered puzzling questions I have had over the last 58 years could be resolved.

Although the book is very unusual in it style of describing the numerous aspects of knowledge, I was excited and intrigued enough by the prospects of sharing the knowledge that I quickly sent by express mail 5 copies to 5 close friends in Zambia with the expectation that we could later hold some fruitful and animated discourses about the ideas expressed in the book.

In the The Black Swan, Taleb exposes the challenges and severely criticizes predictions  especially economists, consultants, and sociologists (my discipline) make that lack any significant value and empirical validity in the real world. Some of the predictions are buried in sophisticated statistics and obfuscatory language that makes it very difficult to both comprehend and appreciate the worthlessness of the predictions. This comprehension is especially difficult if the reader is not familiar with the fundamental elements and principles of probability in quantitative methods. These are routinely and commonly used in scientific predictions in both experiments and other forms of social prediction that are often claimed to be based on empirical research. In Chapter 15: “The Bell Curve, that Great Intellectual Fraud” (pp. 227-252). I have always wondered about the law of averages and about the use and significance of  the Standard Deviation. Taleb rightly advises the average reader to choose to skip this chapter.

The way knowledge is described and especially inventions is that the world is very systematic. Our knowledge in textbooks now tells us Zambians and Africans that Europeans exclusively planned and heroically explored the world. During the Industrial Revolution, so we are told according to history books distributed to the entire world today, white Europeans intelligently and exclusively planned and purposefully invented all the modern technology everyone in the world enjoys today including the automobile, the train, the ocean sailing ships, aero planes, and modern medicine. In fact, when I was in Grade 6 in 1965 at Tamanda Boarding Upper Primary School in Eastern Zambia, there was a song that we Zambians used to sing:

Opanga Ndeke (They built the aeroplane)

Koma ni khama (But because of determination)

According to this popular world history textbook narrative, the rest of the world and especially black Zambians and Africans in the meanwhile were perpetually living in primitive mediocrity wallowing is backward customs, primitive religions and technology, darkness, superstition, cultural inferiority, and forever technologically trying to catch up to all the superior Europeans. Both of these narratives have been so deeply entrenched in Zambia, African and the rest of the world. Taleb says that this is all wrong.

According to Taleb in the Black Swan, we as humans Platonify when we describe knowledge and especially inventions as having been properly planned and systematically executed by nations and especially the most popular: the “races”.

“What I call Platonicity, after the ideas (and personality) of the philosopher plato, is our tendency to mistake the map for the territory, to focus on pure and well-defined “forms”, whether objects, like triangles, or social notions, like utopias (societies built according to some blueprint of what “makes sense”), even nationalities. When these ideas and crisp constructs inhabits our minds, we privilege them over other less elegant objects, those messier and less respectable structures (an idea that I will elaborate progressively throughout the book). (p. xxix)

As human beings we seem to be attracted to the good stories and the good narratives that are easy to remember. Taleb in the Black Swan exposes these erroneous assumptions about history and our knowledge. “It is why we Platonify, liking known schemas and well-organized knowledge – to the point of blindness to reality. It is why we fall for the problem of induction, why we confirm. It is why those who “study” and fare well in school have a tendency to be suckers for the ludic fallacy.” (p. 131) The Ludic fallacy refers to that…..“the attributes of the uncertainty we face in real life have little connection to the sterilized ones we encounter in exams and games.” (p. 125)

Platonicity ignores the reality that randomness dominates most of our lives and what we experience. Taleb’s assertion resonated with my own experiences, those of other people and especially how history has happened over perhaps thousands of years.

But most significant and profound to the reader, Taleb says: “You can think about a subject for a long time, to the point of being possessed by it. Somehow you have a lot of ideas, but they do not seem to be explicitly connected; the logic linking them remains concealed from you.” (p. 131)

The reviewer realized tremendous and numerous connection between some of the questions he had held for a long time or the last 58 years to be more precise. I hope the reader can be able to find his or her own connections. This may be the most unique and valuable aspect of Nassim NicholasTaleb, The Black Swan: The Impact of the Highly Improbable.

To Taleb’s credit, the numerous ideas and knowledge in this book are unPlatonified. This is a blessing to the intellectuals with truly independent minds. The book might be a total nightmare, intimidating or might even be unreadable to the reader whose mind is deeply steeped in and has totally Platonified knowledge even if the reader has several or many especially Ph. D. degrees. The value of this book is that the ideas reaffirm some of what you might already know. But at the same time it might liberate you for the first time in life to enjoy a truly independent intellectual life. You may be able to uncover your own epistemology that was previously buried in the world of Platonified knowledge.

Bloom, Allan., The Closing of the American Mind: How Higher Education has Failed Democracy and Impoverished the Souls of Today’s Students, New York: Penguin Book, 1987.

Chagnon, Napoleon., Noble Savages: My Life among Two Dangerous Tribe – The Yanomamo and the Anthropologists, New York: Simon and Schuster, 2013.

Hammond, Dorothy, and Jablow, Alta., The Africa than Never Was, Illinois: Prospect Heights, 1970.

Meredith, Martin., Our Votes, Our Guns: Robert Mugabe and the Tragedy of Zimbabwe, New York: PublicAffairs, 2002, 2003.

Watts, Duncan J., Everything is Obvious: Once You Know the Answer, New York: Crown Business, 2011.